I have this strange bug sometimes when pulling up the widget to add a citation (ctrl+shift+p).

When I start typing the author’s name I’ll get a result which sometimes will shortly appear and disappear immediately. I have to add and delete a character after that to trigger the search again and make it reappear.

This is a bit irritating.

Edit:
Seems like it happens in like 25-30% of the time, like when I type too fast and the search results filter/refresh too fast with every keytroke. Not noly after putting in the full authors name, but even after typing out half the name and trying to pick the reference at the top of the list.

This isn’t as important as the ongoing mystery of why the plugin only works on 2 out of the 3 Windows machine with Word on, but is it possible to have the in text references that have not yet been updated into the bibliography showing in blue as they do in Google Docs?

I’m importing some very long documents into Word from both Docs and Scrivener and as all the references are currently in the normal black typeface it is almost impossible to work out which ones have imported correctly and which haven’t.

Have to say though, on the machines where it does work, the plug in seems great - thank you and well done

Re: not working on all your Windows machines. Are those all Windows 10 machines? @ttrepka will follow up in a week or so (he is currently out of office).

I’m importing some very long documents into Word from both Docs and Scrivener and as all the references are currently in the normal black typeface it is almost impossible to work out which ones have imported correctly and which haven’t.

I’m not sure how you import from Scrivener. When you import from Google Docs you should not need to worry about citations being correct. We use the same data and algorithms to create the citation. If it’s not correctly imported, it’s a bug and we need to fix it.

What you describe means the search results disappears. I have not seen this. Actually if you have any text in the search box you always should either see results or a “no results” message.

Any chance you can create a short video of that and post here?

I’ve just had a first proper chance to try this out now that the new installer works for me (Windows 10). It works great so far (particularly the citation search which is far better than Mendeley’s). I have a few bugs to report along with some feature requests/suggestions:

I’ll try to… but it’s really random so I’ll try to record it somehow… I’ve managed to get it once but in that case it’s not as pronounced because I as typing too fast and it didn’t display any results at all.

But that seems to happen more often when I tryo to add the first reference.

I managed to record it now (sry, kinda low res, I don’t know why I can’t just share the original resolution):

It’s easily triggered by opening a new document and the first search will behave like this, after that it happens randomly when working on a document. But that’s essentially what happens.

Thanks Stefan - these are documents that have been cycling back and forth from Scrivener (main drafting) to Docs (referencing) and back to Scrivener for redrafting. Convoluted I know, but it has worked so far. However, it seems as though I’ve pushed it too far, and that Paperpile has now lost track of some of the citations, as there are far fewer appearing the Word bibliography than there should be. The ‘Unformat Citations’ option in the Docs sidebar has previously been really useful as a quick way of identifying any that need attention. Is there any chance of that being included in the Word version?

Yes, all three are Windows 10 machines - Tomas has been trying to work out what is/isn’t happening, and hopefully all 3 will be running it beautifully soon!

I have made a second recording with a more complex document.

So I can kinda reproduce or force this by jumping around in the document.
It seems that as soon as the “[…]” place holder gets inserted in the background the search results disappear. The second after that I can continue typing, respectively add/remove a character in the searchbox to make the results reappear.

Thanks for the videos. I think I’ve seen it happen before but it is very difficult to reproduce on my machine. I put it to our issue tracker and we will do our best to fix it.

In Word we don’t really have an “unformatted” situation as we insert the final formatted citations immediately. So “unformat” would be hard to add without causing lots of confusion.
What we have planned though is to provide a direct way to write in Scrivener. Here is a recent discussion on that topic: Desktop App for Adding Citations in Other Text Editors (Ulysses + Scrivner)

Thanks so much for the detailed feedback.That’s what we were looking for

When inserting, moving, or updating the Bibliography the style of the preceding line/paragraph is lost. I.e. if I have a header line “References” with “Heading 1” style applied, this reverts to “normal” style.

We have seen this before and it’s already in our bugtracker.

Actually it should adapt the style of the document when it’s first inserted and when you change it manually afterwards the updates should keep your changes. We will test this again.

It would be nice to be able to “merge” two or more sets of adjacent citations (i.e. as with the Mendeley plugin). This is useful e.g. when copy-pasting multiple references or long reference lists from elsewhere in the same document.

That makes sense. I’ve added it to our feature list. It has been asked for Google Docs where it’s a bit more involved but here it should be possible to add (probably not at this stage but later when things have settled).

That’s also already on our list. You can do this in Google Docs and it’s clearly something we want to do also in Word.

It would be nice to have a “Never include DOI or URL” option in the citation style.

This is usually handled by the citation styles. We have the option to always show DOIs, so you can turn off DOIs for journal articles for example which have volume, issue, pages…
But there are citations which only have DOIs and here it would not make sense to not show it. So we don’t have this option.

A couple of features I’d find helpful after writing my first paper using the Word app:

Enjoying it overall, great work, just a few ways in which it could work better for my workflow.

We pushed an update today. It should address many of the issues reported here in the forum. Thanks for your help and keep it coming

is it or will it be possible at some point to format the bibliography to something like this (please don’t ask me why it is like this): 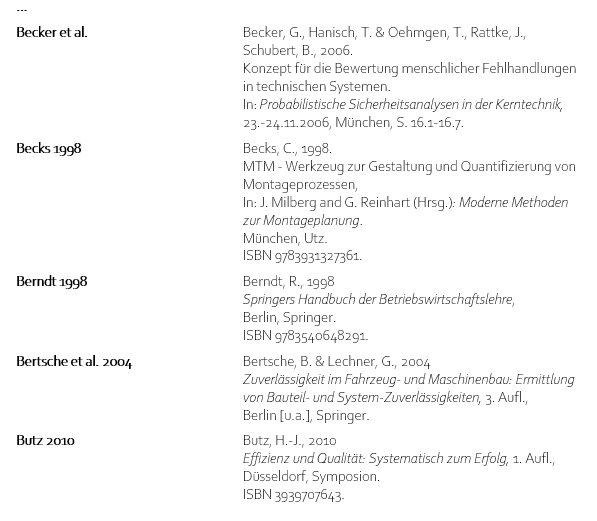 I had access to the Word private beta for MacOS from a while back and just tried installing this on a different machine (w/ MacOS Mojave and Word 2019). I don’t get any errors in the install process, but I don’t see the new banner in Word and the shortcut doesn’t seem to work.

Hopefully this is the correct location for feedback (let me know if I should be posting elsewhere).

When inserting precise page references into the text, it would be good to have the option to add the page number via the Paperpile interface rather than by editing the reference text once inserted. This would be particularly useful as if I accidentally hit ‘update citations and bibliography’, it removes all my manually inserted page references.

This is already implemented… Once you add a reference you can expand it by clicking on it to add more information. 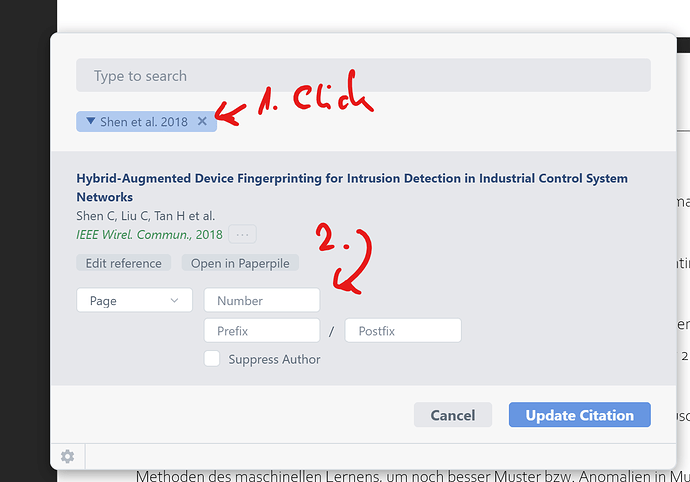 Ahh, thank you for pointing out what I was missing. Much appreciated and the feature works really well!

Please contact me through the in-app chat, I will need more details about your issue and it’s better to discuss there so we don’t clutter this thread. Thanks!