Hi! I’ve been using PaperPile for a while now and like it very much (because it just works). I prefer it over using Zotero, even though I always make an effort to use open software (although currently, Zotero has better features).

I’m venturing more and more into the usage of tablets for reading and annotating (with a stylus) PDFs, since I am not a big fan of doing that on a computer. Ultimately I want to combine it with PKMs like Obsidian for managing of literature notes - I know it’s still a while until this is getting worked on.

While looking for good options to read PDFs on a tablet like an iPad and gauging which display size would be the best way to go, it is often argued that large 12"-13" displays are best since they roughly match the size of an actual A4 page, meaning zooming is mostly not necessary and a full page can be displayed. However these devices are quite expensive and in my opinion too large to hold comfortably with one hand. So what has this to do with Paperpile?
I’ve come around the iOS App Goodreader that is often mentioned in the context of academic reading/annotation. This app contains a pretty neat feature that is a Crop Mode of the displaying canvas for cutting of excessive margings while displaying the PDF without affecting the original PDF. I’ve tested this on smaller devices of friends (9 to 11") and this opens up a lot more of devices to be able to read the standard two-column journal article without having to zoom constantly. An example of what I mean is shown here, where journal logos etc. are cut to increase the size of the important parts on a smaller device and utilize the complete screen area. In Goodreads you are able to simply drag the outlines of a cropping rectangle to suit your needs. 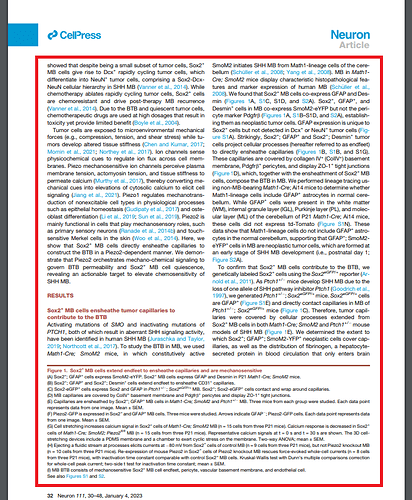 Either a similar crop mode or at least feature to lock the zoom at a certain level (although less preferred, since one would be less flexible. In the example picture it is clear that evenly zooming would not work as well as setting the crop outlines yourself) and keeping it across pages would be great for the mobile apps. Rather than having to change to another app on a mobile device just for the sake of reading and annotations, this would allow to do everything in Paperpile (Paper retrieval, organisation, storage and annotation) and a PKM, once annotation export in Markdown is supported - and be a hard to beat setup.

Since the underlying PDF would not be cropped itself but just the displaying canvas is affected, I could imagine this might be somewhat ‘easy’ to implement?

The closest thing to this at the moment that I use is setting Scroll Mode to Continuous…that way you can set the zoom level according to the margins and it’ll retain it when you scroll to another page, instead of ‘flicking’ to the next page and resetting zoom.

Welcome to the forum @lukeskywalker123 and thank you for explaining your use case for crop mode on a tablet, which I’ve added to our tracker for the team’s consideration.

You mentioned that you wish to export your annotations to Obsidian; in the PDF viewer in our web app, Markdown annotation export is already possible. Click on Export, select Markdown and click the Download File button to download your annotations to an .md file. All annotations made on your tablet are saved in PDF standards and are automatically synced to your web library and Google Drive. 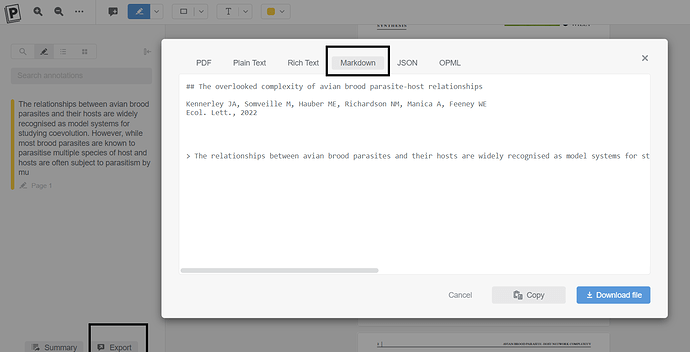