Activate and use the new features

Here is a 4-minute walkthrough for the automatic BibTeX export: 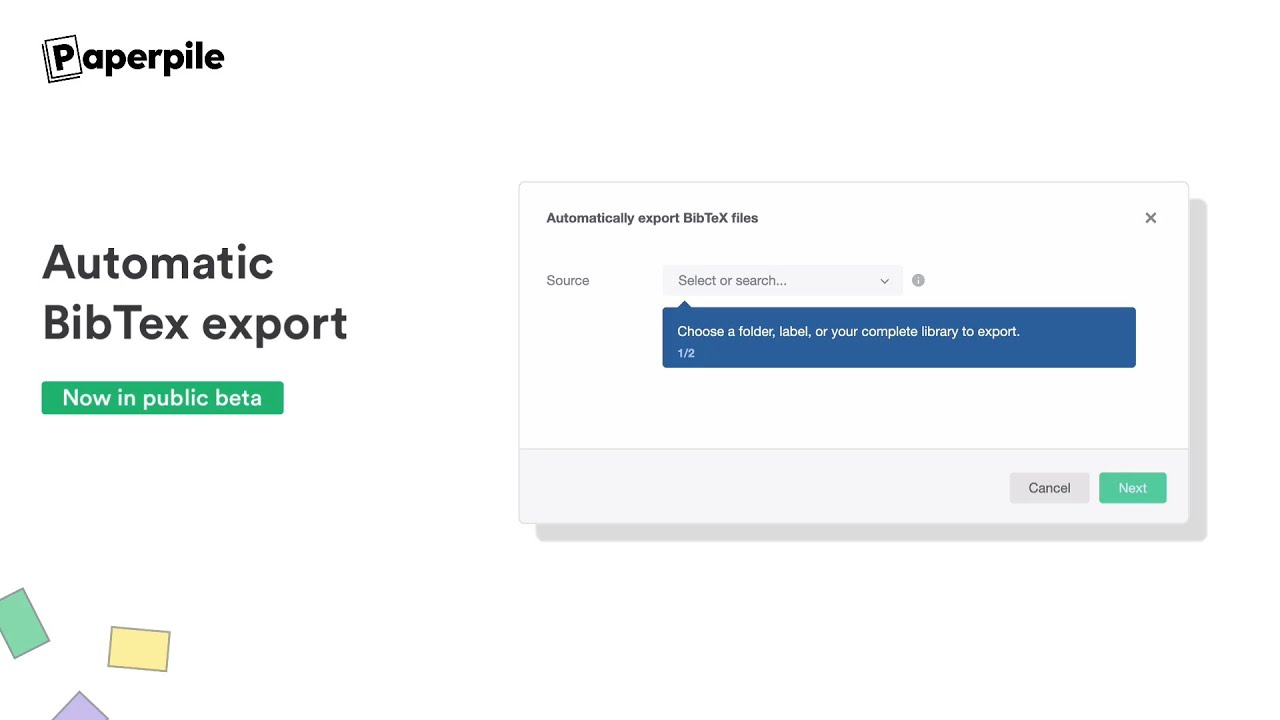 Please report your first impressions, bugs and general feedback here in this thread

We already want to thank all of you who gave feedback over the years leading to these new features, including more then 500 users who answered our BibTeX survey

8 Likes
Thank you Paperpile for bringing Automatic Bibtex export
Latex/ Overleaf
stefan pinned globally June 1, 2021, 5:05am #2
Converting Paperpile citations back to citekeys
What are citation keys and how can they be used?
Kerim June 21, 2021, 1:22am #3

I would be interested in using this with something like Logseq or Obsidian. I was playing around with Zotero for which there are already a number of plugins. The BibTex output already basically works with the Citations plugin for Obsidian but the link it generates is something like: zotero://select/items/@citekey. Is there a way to generate a similar URL that would open the item in Paperpile?

UPDATE: Or perhaps the Bibtex file could be updated to include the unique library link for each item in paperpile?

This is very cool but would be even cooler if one had the same flexibility as the standard BibTeX export in terms of creating the bibtex file. In particular:

My team and I would love to see this Automatic BibTeX sync feature to extend to shared folders. Thank you for your time and consideration!

+1 for this. PLEAAASE let us integrate with Obsidian!

I wanted to try this new function but when I click my setting button, there is no workflows and integration button at my interface. 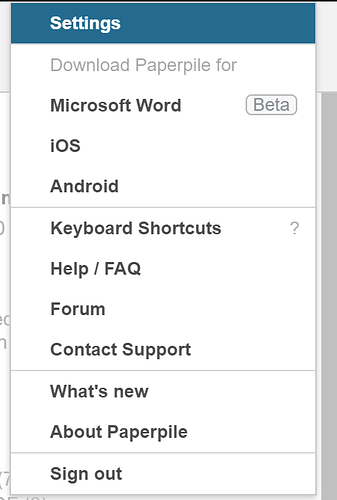 And also there is nothing in my feature preview interface. 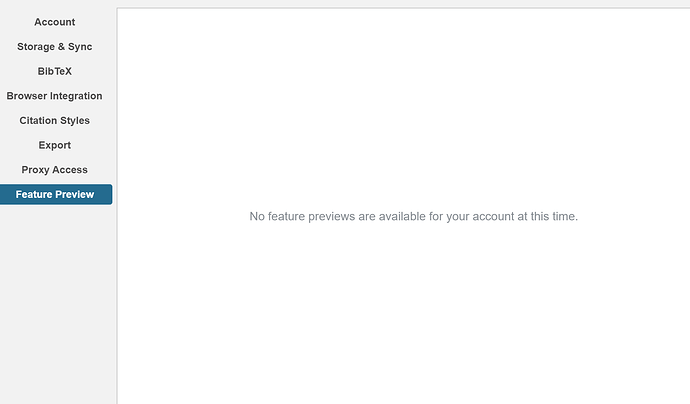 Could you tell me why? Is the reason that I have a free trial now?

@Jinyuan please check your Feature Preview tab again - should be enabled now. I’ve added a couple weeks to your trial period so you have more time to test the feature.

Any other users not seeing the option in their settings can contact us via chat/email (support@paperpile.com) and we’ll enable the option.

Hello, I’ve enabled the beta Overleaf syncing and it works… for some references. Other references that I know are in my library (and which I cite all the time in Google Docs) seem to not be included the paperpile.bib file, even after hitting ‘refresh’ in Overleaf. The weird thing is that they show up in the auto-fill choices when I call a \cite{} command, but then show up as question marks in the compiled PDF. And then, when I search directly in the paperpile.bib file for those references, they don’t exist!

Any thoughts on how to fix this? Happy to provide more specific details about my library if necessary.

@mpeters thanks for the report. Have you set up an export workflow for your whole library, or specific folders/labels? Have you tried deleting and re-adding the workflow to see if anything changes? Let us know, and please confirm the email address you use for Paperpile. Feel free to reply here or via chat/email (support@paperpile.com).

I’d rather not share my email address publicly so I will send that to the support email. It is the same email that I’ve used to log in to this forum.

Upon further investigation, this appears to be an issue wherein Overleaf may limit file size even on Professional plans. This results in the full .bib file not being available in my document, despite Overleaf being able to “see” all the citations. I have sent a message to Overleaf support, but if there are any workarounds you might suggest (that do not involve exporting only a few references) I would be very grateful to hear them. Thanks as always for your support.

Thanks for the revert, @mpeters, and for reaching out via email as well. Word from the team is that there might not be a workaround from Overleaf’s end, either, so the only viable solution would be to group references under specific folders/labels and export that smaller selection instead. Please let us know if you hear anything different from their support or else.

Hi again, thanks so much for your help. With Overleaf support I have resolved this issue, and will describe the solution here for any others who find this thread. It boils down to two elements:

Probably the only solution here is to either manually ensure that there are no weird stray curly braces in one’s abstracts in the PaperPile library, or if you’re having this kind of issue check that there aren’t any parse errors with a separate text editor like Sublime. I doubt an automated scan for such curly braces would be worth the trouble in the PaperPile export process, although if it is easy to do it might be a nice “human-proof” feature.

Thanks so much for all your support!