I must have missed that. Fantastic!

Hi,
I have this issue with the Word plugin:
When I add references to image or table captions, the reference will be added in a different formatting than the caption’s formatting:

When I manually adjust the formatting PP will change it back to this “default” formatting whenever I update the the references in the document.

In this case it just seems to remove the boldness setting of the font, but the font face and size seem unaffected.

So I guess this is a bug?

. As always, please update and let us know if you run into any problems.

We are looking into it.

Regarding your question: Paperpile inserts the citations in the current paragraph style. So, in your case, you have a bolded caption of your image and table, but the paragraph style for those captions is set so that by default, the normal (non-bolded) formatting is applied to it.
Applying a paragraph style for your captions where for example, the text is set to bold, will solve your issue here, and generally, using paragraph styles when writing is highly recommended and a good practice.

Thank you for your update!
Sasa

thanks for the answer, but isn’t the caption style also a paragraph style itself?

When I apply the caption style to the paragraph, the correct style is applied to it (Frutiger LT 45, 10pt, bold).

When I add it to a heading it looks like this:

When I add references to the regular text paragraphs the styling is applied correctly (Frutiger LT 45, size 12 pt)

I have changed the standard style of the regular text paragraph to bold, but when inserting references after that they will also be in regular font not bold:

So it seems to be a bug which ignores any cursive and bold styling?

Daniel, you don’t mention what format your styles are. Perhaps they are set to regular font? To check, go to home, styles, then modify styles. You should see this (Windows version), with the B highlighted.

this is how the style for my captions looks like (Bold = Fett in German): 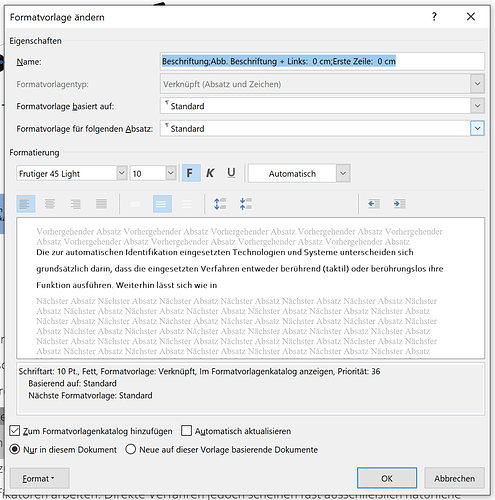 And this how my standard (“normal”) style looks like: 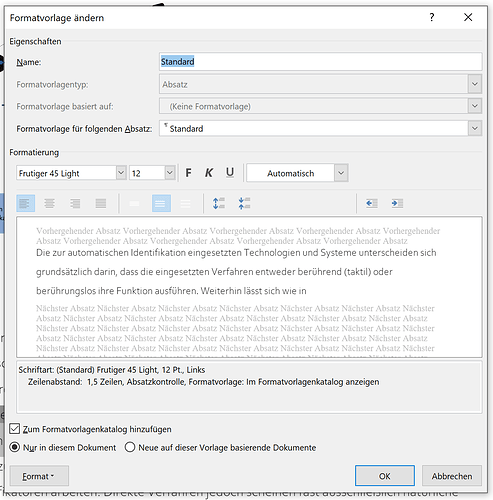 But as I said, if I change the standard style to “bold” the references still get inserted as non-bold.

Or is this related to the caption style being derived from the standard style?

I would recommend changing various styles to see if that forces a change in the citation formatting. If you find one that does, then you will know from whence PP is getting the formatting instructions.

I have changed the “standard” style to bold, which turned everything bold, including the already existing references.

Then I added a new reference at a random location in the text block and it turns out non-bold:

When I go to the PP Ribbon and click “Update Citationa and Bibliography” all the citations turn non-bold.

When I mark the citation and check which style it has, Word tells me that it is in fact the “standard” style: 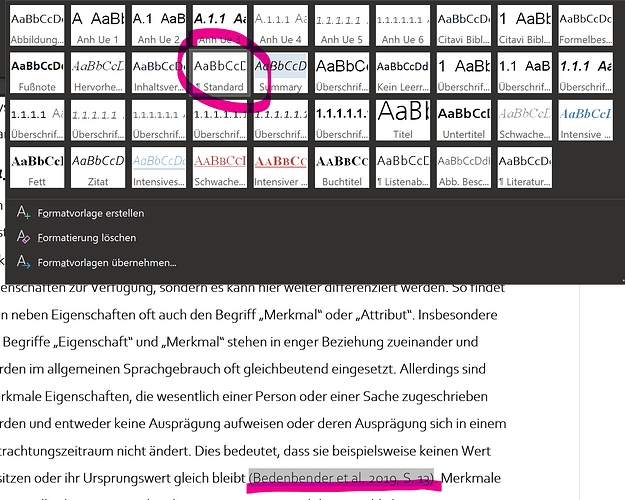 I don’t know if this can be caused by my document itself?

looks like its happening in google docs, also. I changed the normal style to bold, and a) bolded a previously inserted citation, and b) inserted a citation without doing anything to it. After formatting, both citations are un-bolded:

So I’m not crazy or incompetent

Hi again Daniel, Bruce!
An update on this: Paperpile will insert the citations in the current paragraph style, but moreover will enforce and preserve the formatting of the citation style itself.
There are some citation styles that have special formating like the “Bluebook inline” that has the italic font formating, so updating the citations will enforce the formating defined in the citation style, even if the formatting is changed in the document.
There is, of course, the option to bold out all your citations when you finish your work without hitting the update citations button after that, but that seems like a hard approach especially if you have tens or hundreds of citations.
There is an option to upload your own CSL citation style files, so what can be done is to create your
citation style (or adapt an existing one) so that the font is formatted bold using an online CSL editor, upload the style using the settings menu in your Paperpile web application’s profile and use that style when adding references in the Word app.
Thank you for your updates, and sorry for the inconvenience.
Regards,
Sasa

The Problem is that citations are supposed to be regular in normal text paragraphs and bold in picture and table captions in my case.

I already use a custom CSL (based on ISO-690), which doesn’t have any forced styles as far as I can tell.

Also something strange is still going on, when I try to work around the problem by changing the styles globally to force Word afterwards to apply the bold style in the respective paragraph:

I’m using section breaks for the caption, so that the citation is not appearing in the list of figures (this example has nen error in it, “in Anlehnung” should be in the second section of the caption, not just “an” but the principle is the same):

The first half of the caption is the actual caption, the second half is also in caption style, but isn’t listed in the list of figures.

When I derive a new style, e.g. “caption suffix” from the caption style and apply it to the second half of the caption only, Word automatically changes the style to the correct one:

When I change the styles globally, only the citation boldness of the derived styles also changes globally but the caption-styled citations will remain non-bold for captions where I keep the caption style for both parts of the caption.

When I update all citations the citations will change back to non-bold.
When I change the “caption suffix” style to non-bold globally again, Word will switch the styles and the citation will become bold altough the applied style is defined as non-bold:

Sooooo there still seems to be something wrong, even though the CSL might be overriding the font style when being inserted at first? Word seems just to be switching bold with non-bold when applying the style (not when making the citation bold manually by selecting it and clicking the bold button).

Hi Daniel, we will take a look and try to reproduce the workaround you mentioned, and see if there is something wrong going on there. 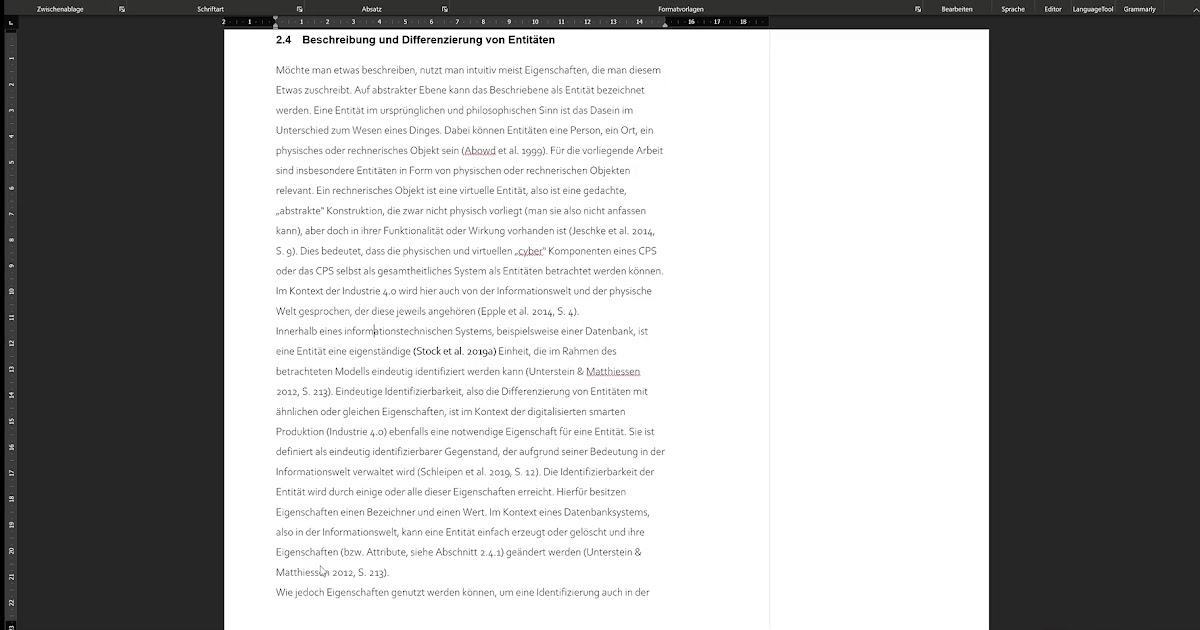 Thanks for the info, Daniel.
We will discuss this internally and see what would be the best solution for this situation so that we could perhaps implement it in one of upcoming releases.
I will keep you updated on this.

Please add me to the beta testing whenever possible! Thanks.

Since word is widely used in academia (unfortunately), and Gdocs isn’t evolving fast enough (shamefully), I’ve waiting for this plugin forever.
Please count me in.